not quite decked out cont'd

ah, so here we have the tree as it appeared early this morning.
that's better looking. 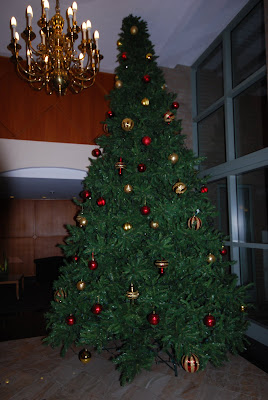 a bit dull on the ornaments, though you can't quite get an appreciation for how big these ornaments are are on this very tall tree.
but, when I went back this evening to capture it lit up -
look what had appeared! 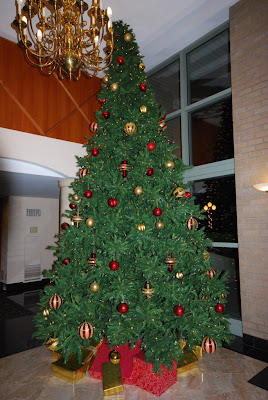 notice how it is all so colour coded with red and gold.
and then my flash blanched out all the strings of white lights
but they're there, as is a view through the window of one of the lamp posts that line the driveway.
. 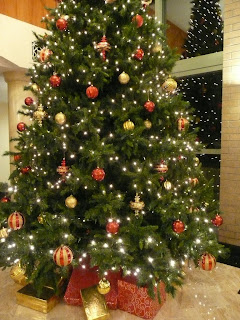 hmmmm, see the colour difference between the old camera and the new one?
the new camera has a wide angle lens, so I could turn it sideways and get the whole tree in the shot, but I still have to figure out the night photos by the looks of it! both of these were taken on "automatic" setting.
Posted by VioletSky