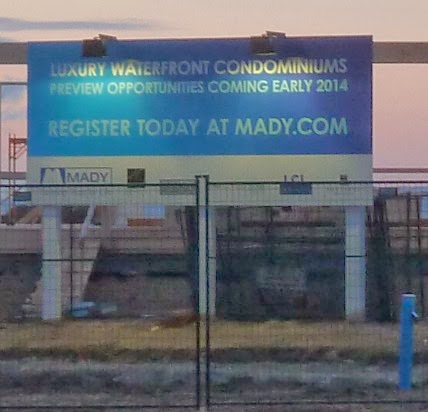 And so begins the development on the waterfront. This site was previously a motel that, in the end, no one was sorry to see demolished. It has been about 20 years in the making - and not without a lot of controversy. About eight years ago approval was given for a variance for extra height to build a 22-storey and 7-storey condo plus a 7-storey hotel. There is already a hotel on one side of the lot and an old motel with a rather nice house on the other.

I can see the appeal of living right on the waterfront, but I don't think that should happen. Especially not right downtown, as this is. It has been nice to be able to see out onto the water from each of the north-south streets and to not feel hemmed in by tall buildings as you walk or drive alongside the lake. And there are the daily sunrises over the lake...

Not many of us who live in the downtown core are happy about having a high rise on the waterfront.  We haven't been too happy about these high rises (below), either. Then again, I live in what was the first high rise in town and people possibly weren't too happy about it, either. and I wouldn't blame them. 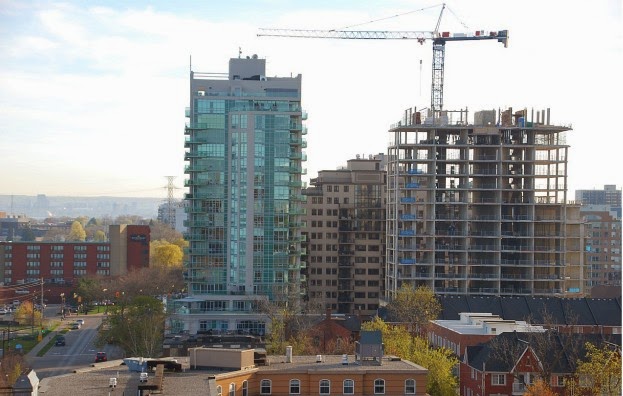 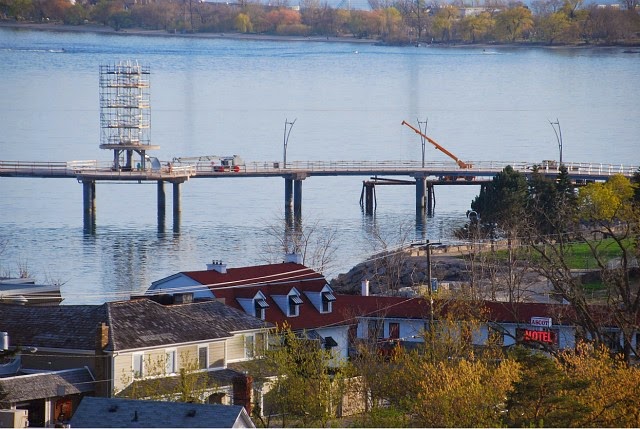 above, on the far left you can see the 6-storey hotel and a bit of the empty space where the new development is being built. on the left photo (both taken last spring, before the pier was finished), the red roofed Ascot motel 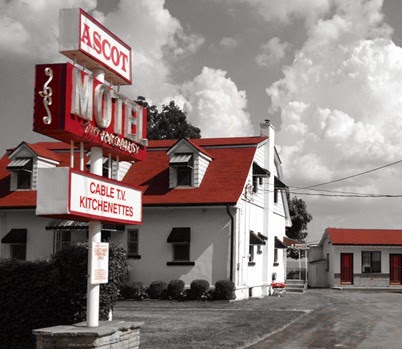 Below are some artists renderings of the future. The only possible saving grace is that there will be public access to the waterfront ... even if the public won't be able to see it from the street. And if you look carefully, you'll see a building positioned directly opposite the 22 storey bit. that is the 'green' glassed condo building in the 3rd picture above. They will lose their view.

Labels: signs, where I live