Last week, for my birthday, a friend took me to see the Dressing for Downton Costume Exhibit at Spadina House in Toronto. Here is a postcard (because this is a nicer view than one at this time of year with dirty snow everywhere) of the 1866 house next door to the more famous Casa Loma. The house sits in what was at the time the wealthiest area of the city and was owned by James Austin who founded the TD Bank and Consumers Gas. 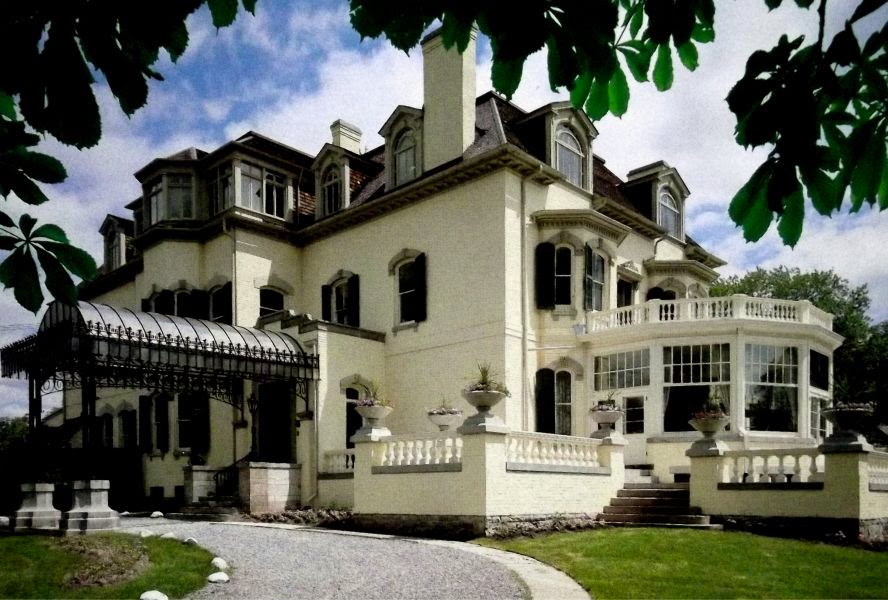 The exhibit and tour nicely ties in what life was like for the Granthams of Downton in Yorkshire and the Austins of Spadina in provincial Toronto during the 1920s and 30s. Things may not have been as grand or busy at Spadina House, but it was a little more progressive (telephone and electricity and kitchen gadgets, for example)
On display were about 20 costumes worn by the Grantham sisters, Lord and Lady Grantham, the Dowager Countess, Matthew and Isobel Crawley as well as Mrs Patmore, Daisy, Mrs Hughes and O'Brian
My photos aren't the best, but there is a video link at the end that gives you a better idea of the dresses on display. 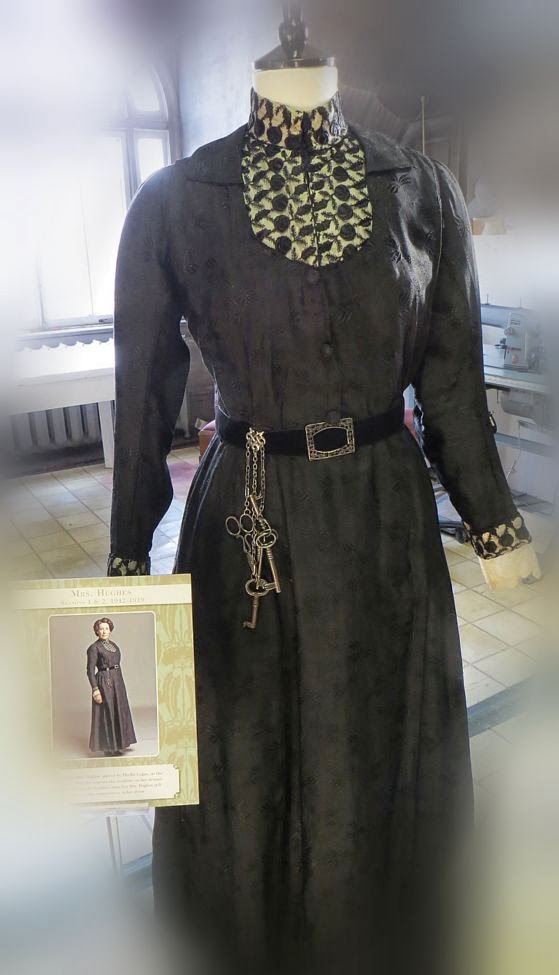 Mrs Hughes and her keys! 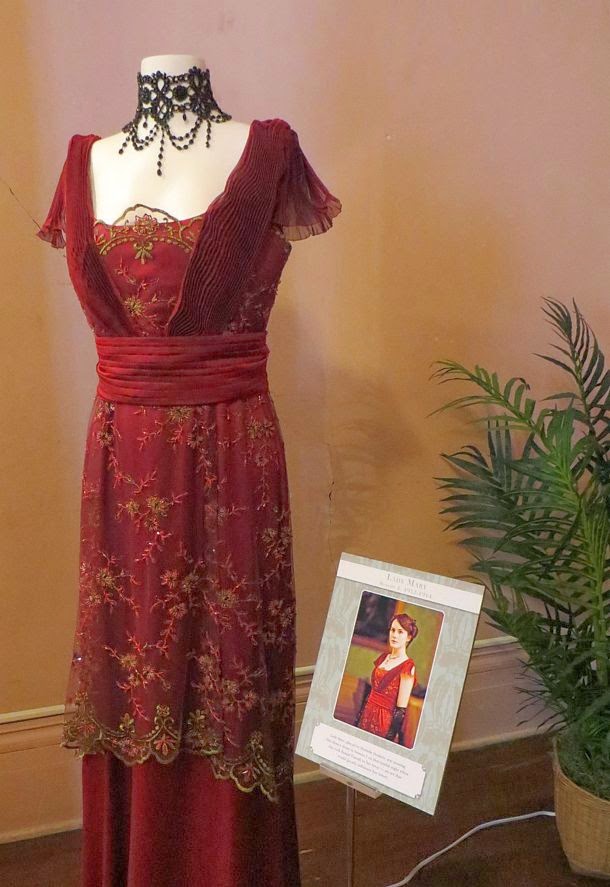 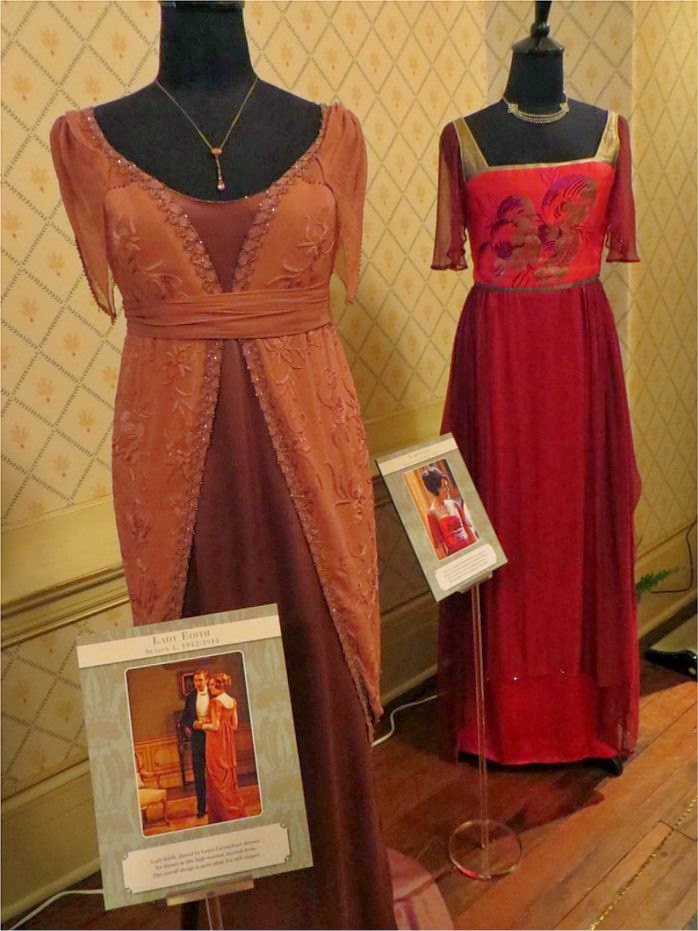 I cannot impress on you how tiny these dresses are! they don't look nearly as small in the pictures, but some of them (Lady Mary) had to be put on children's mannequins as they wouldn't fit on the adult ones.
there is also a Downton-inspired Afternoon Tea but ... it's sold out!
you only have until April 13, 2014 to see this exciting exhibit... (thank you, Beverly!)