These stamps are not in the best of condition, but a friend of mine thoughtfully collected many of the stamps she got off her ebay purchases and saved them for me. Had she not, I would not have learned about one of these women.

Rukmini Devi Arundale was a leap year baby, born on the 29th of February, 1904 (died 24th February, 1986) was a dancer and choreographer born in Madurai, Tamil Nadu. At age 16, she married 44 year old Dr Charles Arundale making her the first Brahmin to break caste by marrying a foreigner. She and her family were ostracized by their Brahmin associates, but with the help of the Theosophical Society (religious philosophy or speculation about the nature of the soul based on mystical insight into the nature of God) of which the family were members, the Indian public eventually came to accept the marriage.
On one of her trips abroad, Rukmini Devi met and became friends with Anna Pavlova the great Russian ballerina, who taught her ballet and encouraged her to lean Indian dance. Through sheer determination she learned Bharathanatyam, a classical dance form of South India. It was considered low class and vulgar in the 1920s, but she was able to see the beauty and spiritual value and in time helped elevate it from its previous disreputable status and pioneered the dance-drama format we see today. She was featured in a list of 100 People Who Shaped India by India Today and a Rukmini Devi Medal for Excellence in the Arts has been awarded by the Centre for Contemporary Culture, New Delhi since 2001 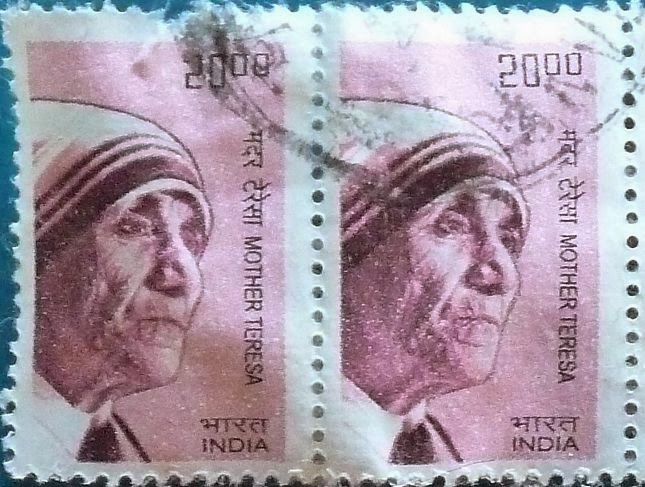 At around 17 years of age, Agnes Gonxha Bojaxhiu  left her home in Skopje and joined the Sisters of Loreto, an Irish community of nuns with missions in India where, in 1931, she took her initial vows as a nun. Mother Teresa was assigned to a school in Calcutta dedicated to teaching girls from the city's poorest Bengali families before getting the call to devote herself to caring for the sick and poor. Since she had taken a vow of obedience, she could not leave her convent without official permission which took nearly a year and a half of lobbying before finally being approved. For over 45 years she ministered to the poor, sick, orphaned, and dying while guiding the Missionaries of Charity's expansion, first throughout India and then in other countries. She was summoned to Rome in 1968, and in 1979 received the Nobel Peace Prize for her humanitarian work. Although she has received much praise from many for her humanitarian work, there has also been much criticism of her efforts especially regarding the level of care and her motivations.