It was a quiet Saturday afternoon when I was visiting my Scottish cousin who I hadn't spent much time with over the years.  She suggested we take a slight detour on the way to her place to see the old family stomping grounds. It's actually more her family stomping grounds - our mothers were cousins and hers grew up in this Fife village while mine grew up in Glasgow. I don't think I'd been here since I was a teenager, but as soon as we got out of the car and walked towards her grandmother's house, it came flooding back to me. 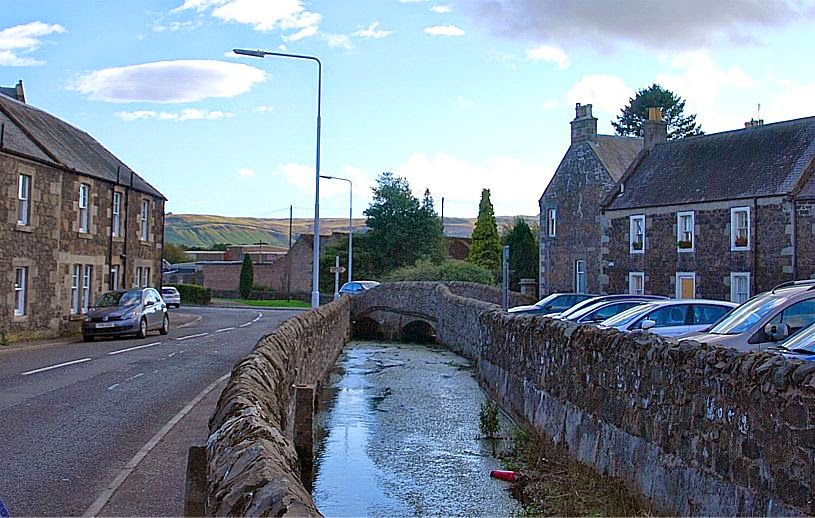 Above is one end of the village, with Aunt Belle's house at the top on the far right. They later moved across the road into one of the end-of-terrace houses on the left, just around the bend. The outdoor privy is still there though is probably used for storage now.
Yes, we wandered into the open yard to check it out! 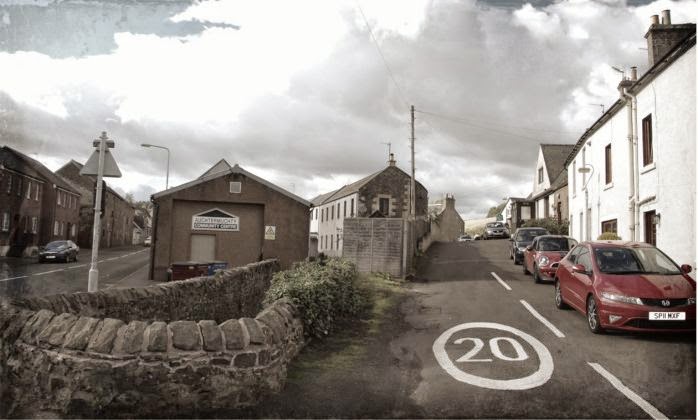 A view from the other end looking in the same direction, showing how the burn cuts through of the village. A burn is a stream. 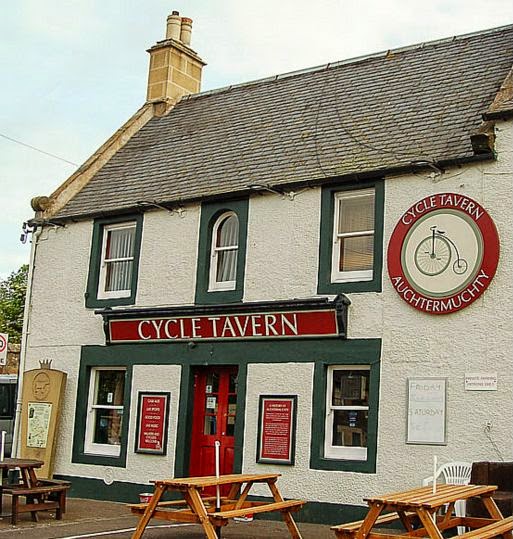 and on and on.....
but, what we really needed to see was this plaque, unveiled last spring for my cousin L's great grandfather, the famous Potato Man, Archie Findlay. the old store house is now a private house 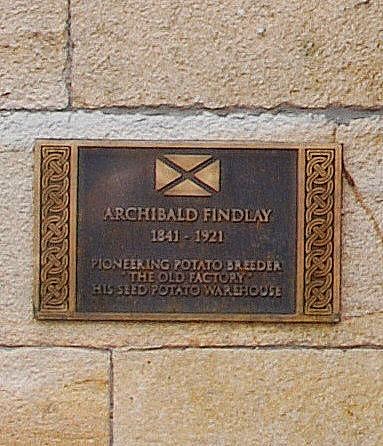 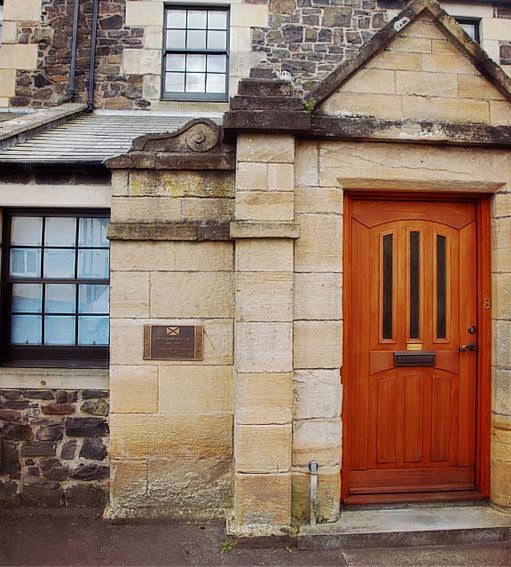 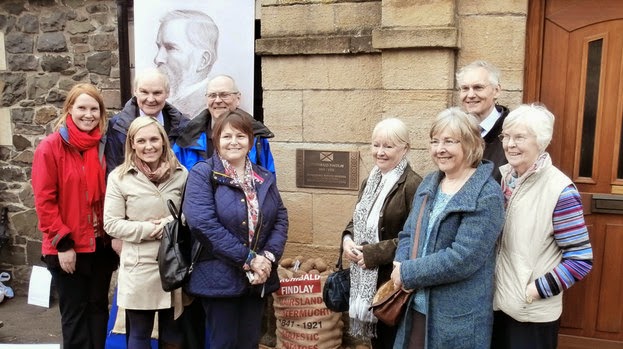 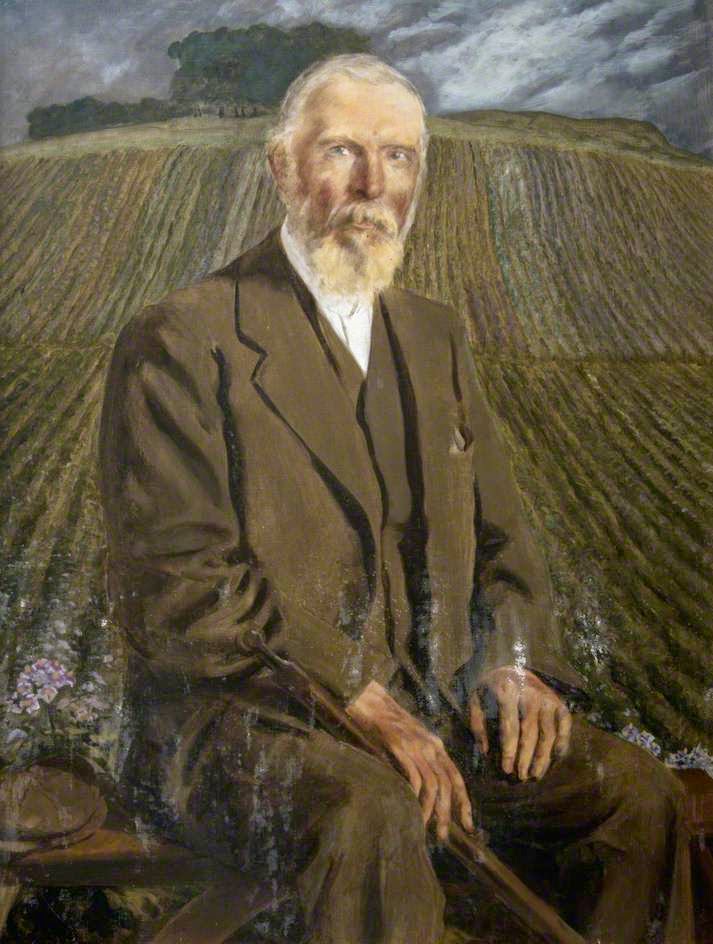 and a portrait of Archibald Findlay
(artist unknown)