It's been many weeks (okay, a year) since I last posted a street sign. Has anyone noticed or cared? I didn't mean to take so long to continue the series, but once I'd gotten so far with the alphabetical order, I had to carry on thusly. The next letter was K and I had a street in mind, but not the picture of the sign. Every time I thought I'd get one, something got in the way. And time went on, and on... But the interruption has been hanging over my head for so long  so I abandoned that street and finally chose another.

Kerr Street in Oakville has undergone a renaissance in the last few years. Unlike Bronte, Kerr was never a village. Named for a former postmaster and mayor of Oakville (in 1866) who was the son of one the town's founders, it used to be just another ordinary retail strip that was rather run down. Now, with an injection of government money over the last ten years or so it has become a 'destination' through an intense rejuvenation project. Situated just west of the downtown, this north-south street is now full of many new restaurants and cafes as well as some of the older establishments to meet the needs of the community.

It's not a particularly charming street, full of strip malls like this one

but it is an improvement from only a few years ago before the facelift of some of these businesses. The new banners are serious and sedate looking, a change from the previous ones which were a bit more fun, and quite frankly, I think gave a better indication of the village feel. 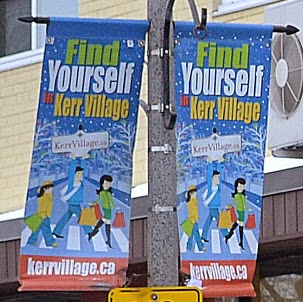 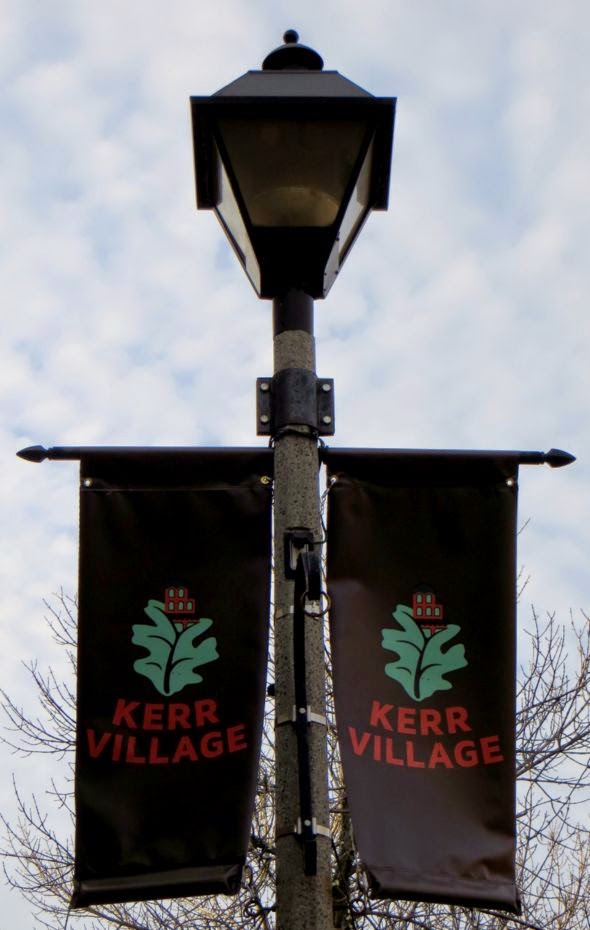 If you find yourself on Kerr Street, stay awhile and explore.


see more signs over at Lesley's signs,signs
and click on the street signs tag at the bottom of the post to see the first half of the alphabet!
Posted by VioletSky