One day, as I was driving down a street I had driven along many times before, the light from the late afternoon glinted off a church cross and I noticed a certain glow from the front. So, of course, I had to go around the block and take some pictures. 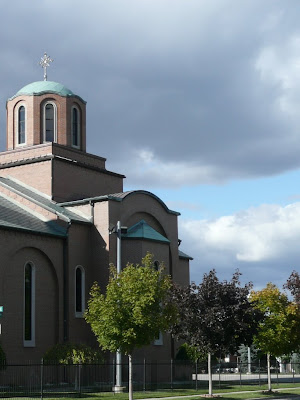 I was vaguely aware of this church,

but I really hadn't paid much attention to it until I saw the sun glinting off the mosaic. 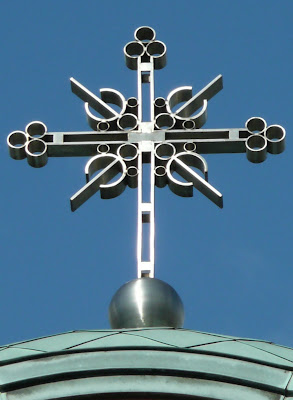 A little research and I have been excitedly awaiting an opportunity to see inside.

That chance came this past weekend with Doors Open (where public buildings, and often many churches, open their doors for a free look and wander and a bit of history sharing). 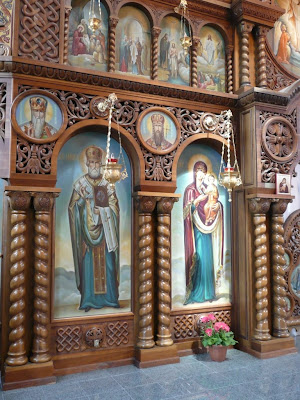 An icon altar. An elaborate wall of icons separates the nave from the sanctuary. 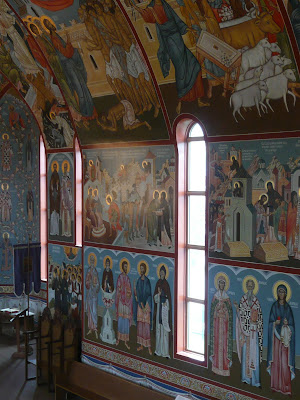 The church walls and ceiling have been richly painted with frescoes.
These include images of biblical stories, the great feasts of the church and the lives of Christ, the Virgin Mary and the saints. Many, many saints. 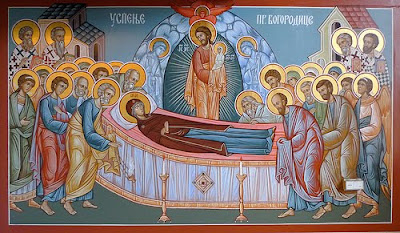 All of this work was painstakingly painted, layer upon layer, by one man. It took him over three years to complete. Services were still held during this period, and the young woman I talked to spoke of the shock and awe each week as the previously unadorned white walled church was transformed. 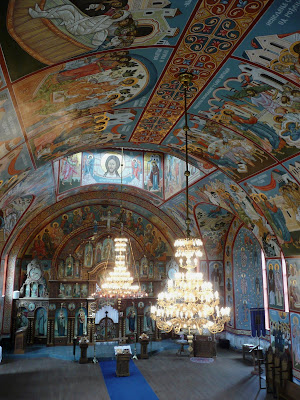 No pews were moved out of the way, as the congregants stand for the entire service, which lasts from 90 minutes to 2 hours. And is all in Serbian - not the modern day Serbian, either. There is also no organ and all singing is a capella (and sometimes, in English).
I'd be almost tempted to return ... but my Serbian is non existent. And I'm not great at standing. And I know, I'd end up dizzy from looking up at that ceiling.
Posted by VioletSky