Going for a walk - or a drive - with someone who loves to take pictures can be a bit annoying, I know. I try to curtail my snapping habits when I am with other people but it is difficult and sometimes I just have to lag behind, or pull a u-turn. It doesn't help that I have interests that may not mesh with my companions interests. Sometimes they smile indulgently.

One of my interests is architecture.

So how can one interested in architecture not be awed by the sight of the Parliament Buildings? 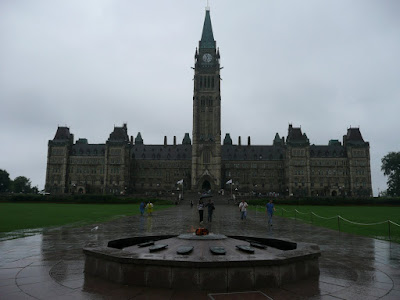 I won't bore you with details. Basically there are three buildings high up on a hill on a piece of land that overlooks the Ottawa River. They are conveniently and simply called the Centre Block (the one that has the Peace Tower), East Block and West Block. 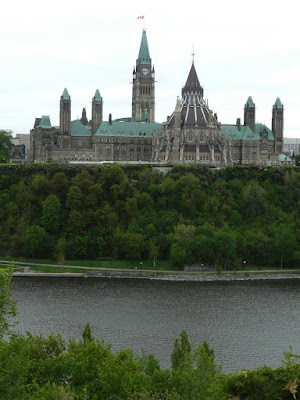 They were built after Queen Victoria stuck a pin on a map and thus made her decision to have Ottawa the capital of the new "Province of Canada". High Victorian Gothic Revival was the design of choice. Unfortunately, the Centre Block burned down in 1916 and was rebuilt not quite in the same style, but still distinctively in a sympathetic Gothic. 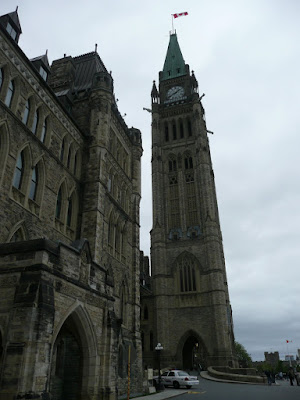 Each of the buildings is overloaded with pointed arches, spires with crockets, lancet windows, and, as a whole, are considered to be one of the most important examples of Gothic Revival style anywhere in the world. 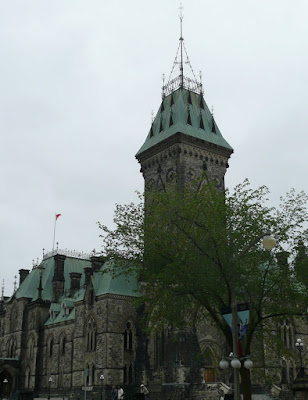 There is also a requisite gargoyle, or two. 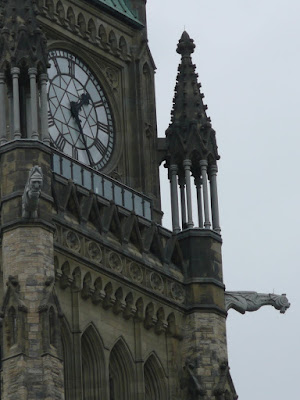