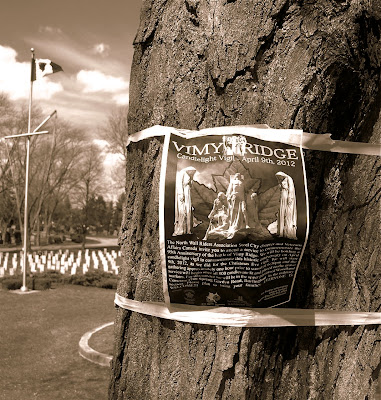 95 years ago today, co-incidentally also an Easter Monday, began the Battle of Vimy Ridge, long held as the event that marked Canada's birth as a nation when four Canadian divisions of the British army became an assault on Vimy Ridge in northeast France as part of the First World War. The Canadians were determined to succeed where British and French troops before them failed; to capture the key German defensive position.
The Canadian losses were almost 7,000 wounded with almost 3,600 killed. 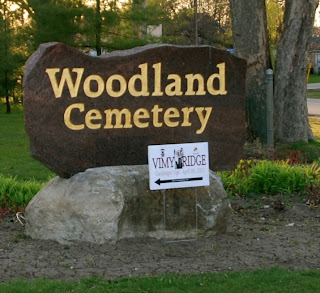 Tonight there was a candlelight vigil at the military section of the cemetery. It was sponsored by Veterans Affairs Canada and the North Wall Riders Association, a group of motorcyclists who are 'dedicated to supporting all Veteran's functions and raising awareness of our Veterans through the motorcycling community. We are an association made up of like-minded individuals wishing to support our military veterans and do so while enjoying the freedom they have fought for and will continue to fight for from the back of our motorcycles.' (from website)


It was dreadfully windy all day (as you can see from the flyer in the first photo that was hanging on for dear life) and it was a never-ending battle to keep all 800 candles lit until sunset (when the wind died down a little). My nighttime photos didn't turn out so well, but here is a sampling of some random shots I took of the very moving event. I did some post processing on some as the sun was getting in the way... and because it is fun to experiment. I also kept some of the pictures small for this post, but clicking the images will embiggen them. 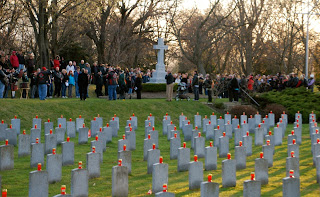 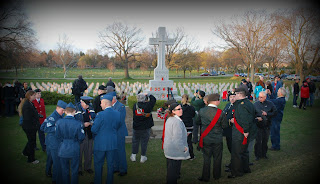 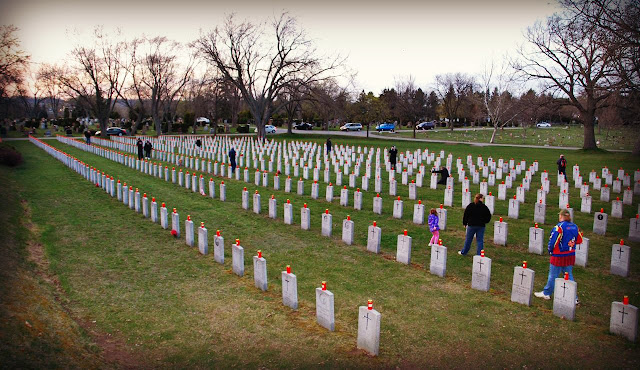 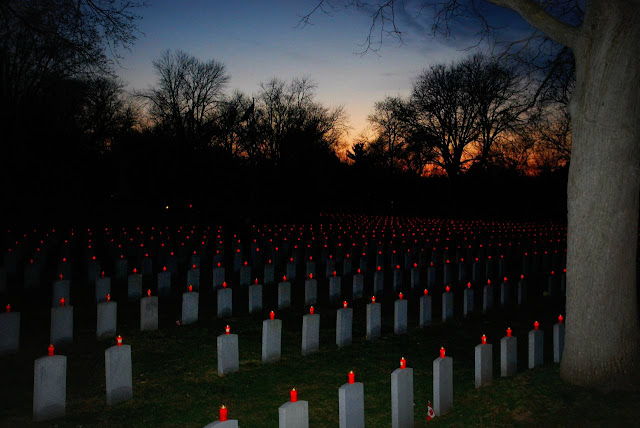 this isn't exactly what Julie expects for her Taphophile Tragics, but it seemed appropriate for today.
Posted by VioletSky